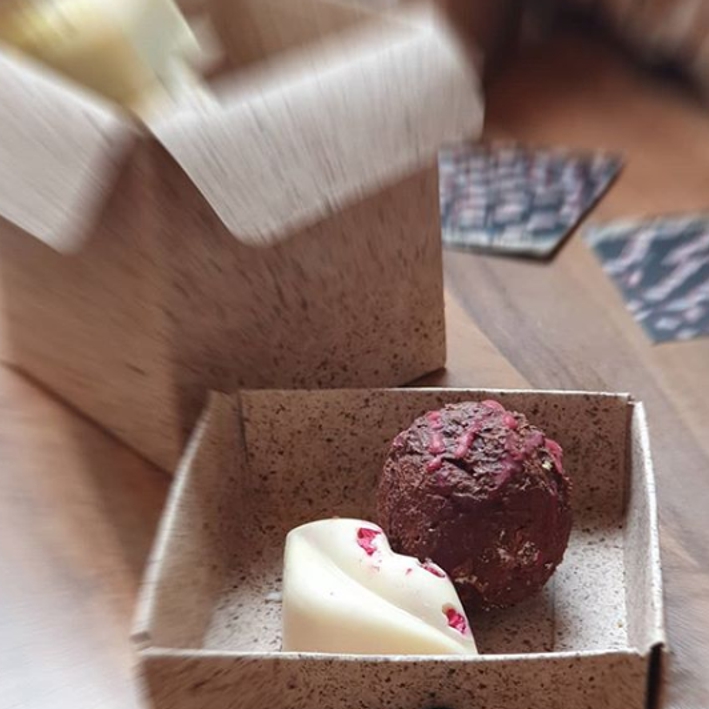 Cocoa husks are a waste material from cocoa production. For every metric ton of dry cocoa bean produced, there are 10 tons of husk left over as waste!

James Cropper developed a bio-recyclable paper packaging partially made from the husks of cocoa beans supplied by Barry Callebaut.

James Cropper, a supplier to Barry Callebaut, has been awarded the In Green Award for its cocoa shell paper packaging at the international Luxepack trading fair in Shanghai.

Barry Callebaut was looking for a partner to create cocoa shell packaging in a bid to reduce environmental impacts and minimise waste recovery and recycling. The cocoa shell represents around 12% of the bean itself. The company eventually contacted paper manufacturer James Cropper to create such packaging.

Through a series of trials, cocoa shell paper was developed which is predominantly made up of unbleached cellulose fibre, with cocoa shell representing 10% of the fibre content. In the final process, the shell is delivered to the paper mill in pulpable bags. This means that the shells and the bags can be incorporated into the paper-making process with no need for additional processing.

Previously cocoa husks have on gardens for decorative purposes and to add nutrients into the soil and suppress weeds.

made from 25% recycled cocoa shell. Recyclable, biodegradable and plastic-free